For almost two decades, Lilian M Raji has served as strategic counselor and public relations adviser to some of the world’s leading luxury brands.

She’s helped introduce S.T. Dupont to the U.S. market, aided the Quebec Government Delegation in promoting their artists to the broader American market, and handled the press launch of WatchBox after the company secured a $100 million in funding, landing them full page coverage in the New York Times, Bloomberg, Wall Street Journal and other high profile press. When luxury brands have a story to tell, Lilian gets them in front of the right press to broadcast their story to the widest, qualified audience possible.

Lilian Raji began her career in public relations as an intern at a local boutique agency, where she was quickly retained as a contract account executive, working with hotel clients, including Swissôtel Chicago, Raffles International Hotels & Resorts L’Ermitage Beverly Hills, The Hamilton Crowne Plaza, and IndeCorp Hotels Group. She left the boutique to begin freelancing in public relations while working simultaneously at Tourneau, the largest luxury watch retailer in the world.

As the second highest sales producer in the Atlanta Tourneau store, contributing over $700,000 to the store’s 2004 gross sales, Lilian was in an ideal position to witness firsthand what marketing strategies were most successful in getting consumers to ask for a particular brand by name. She learned which marketing campaigns drew the most customers, and identified key tactics leading to their success. In January 2005, Lilian left Tourneau to launch The Lilian Raji Agency, taking with her extensive knowledge, experience, and proven strategies to inspire work for her clients.

In 2007, Lilian was retained by the French Trade Commission to advise French luxury manufactures interested in entering the U.S. on best marketing practices. She consulted with such esteemed French companies as Jean Marc Garel, Marchak, Umane Paris, Dihn Van and several others and became North American Agency of Record for French jewelry companies Philippe Tournaire and Mathon Paris, managing public relations strategy for their U.S. market entry. She continued to partner with the French Trade Commission on different projects, including the French Pavilion at the 2009 Couture Trade Show and their annual Jewels of France Exhibition, a multi-city trunk show featuring the crème de la crème of French fine jewelry.

In 2012, The Lilian Raji Agency was tapped by the Quebec Government Delegation for a massive task to introduce 14 of Quebec’s most promising jewelry artists to the U.S. market. Through a series of strategic counsel, creative designs, and impeccable project execution, Lilian led delivery of impactful results that have since earned her agency full endorsement of the Quebec Government Delegation.

In 2015, The Foundation for Gender Equality invited Lilian to join the Executive Committee and serve as project manager for “A Call to Action for Gender Equality,” a full-day fundraising conference and dinner at UN Headquarters in support of UN Women, the United Nations entity dedicated to gender equality and the empowerment of women. In managing this monumental undertaking, Lilian worked alongside UN staff, and secured lifelong relationships with several New York City industry leaders.

She received the Emerging Leader of the Year Award from the 500,000 member organization eWomenNetwork in 2006. In the same year, she was asked to be a headline speaker for ClubCorp location, The Buckhead Club, and their “Women on the Move” lunch series.

In between helping companies develop their PR and marketing strategy, Lilian enjoys freelance writing, penning a regular PR advice column called, “Dear Lilian: The PR Advisor,” for National Jeweler Magazine. She’s been a student of Shinkendo, the Japanese swordfighting martial art, for over a decade, and enjoys racing cars in her free time. Traveling, however, is her greatest personal passion, having visited 18 countries and 42 cities and counting. Follow her traveling adventures on Instagram. 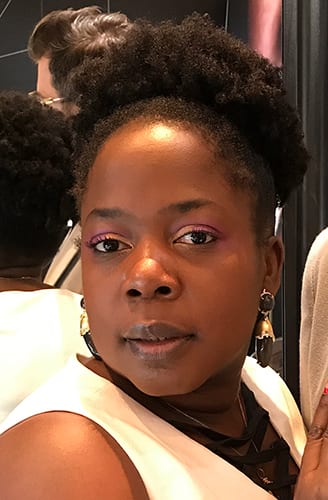 In Her Own Words

I am intelligent and street smart. Cunning and calculating. I love risk, but only when I’ve calculated that there’s no way I can lose. On the rare occasions I do lose, I learn my lesson well and live to fight another day.

My word is my bond, so I choose my loyalties very carefully.

I am a quintessential problem solver, with a personal collection of over 3,000 books to ensure I never stop learning and never stop discovering new points of view.

I am also a neurotic Type A perfectionist who will bleed before disappointing someone who’s placed their faith in me.

I am a woman of varied tastes and interests. I used to street race with my 305 horsepower, 8 cylinder engine Trans Am. Now I relax by learning how to wield a Samurai sword through the Japanese sword fighting art of Shinkendo.

Well read. Open minded. Good company. And of course, charming. If you don’t laugh at least once in my presence, then you’re not really paying attention.

I have a genuine interest in the life stories of people, and I live to see the people around me reach their fullest potential. This translates as well to our clients.

And, of course, I’m the President and Founder of The Lilian Raji Agency.