Turning an Emerging Designer into a Global Sensation: Claudio Pino

Claudio Pino was one of the 14 jewelry artists we worked with for the Quebec Government Delegation’s Jewelry Artists of Quebec project.  Claudio’s approach to jewelry design is highly original and very avant garde.  He stood out to us as someone we wanted to work with further.

In determining what would be the best way to get Claudio’s work viewed on a far reaching podium, we realized his style would be appropriate for the characters of the movie Hunger Games.  Trish Summerville, costume director for Hunger Games:  Catching Fire, agreed with us.

We met with Trish personally to introduce Claudio’s entire collection, from which she picked several rings that would later appear in the movie on characters played by Stanley Tucci and Lenny Kravitz. In fact, Stanley Tucci’s character is seen throughout the movie wearing Claudio’s rings. The rings were also prominently featured on Tucci’s character in the promotional posters and official pictures released by the studio.

The movie has since gone on to make over $1 billion in ticket sales worldwide, giving Claudio Pino the very best podium imaginable to showcase his work.

We’ll let Claudio tell you his bottom line results, from the interview we arranged for him with JCK Magazine:

JCK: What kind of feedback have you received since your ring appeared on the Tucci poster?

CP: The outcomes are amazing! Since the posters of Caesar Flickerman went out, I received more than 100 emails. A few have been asking me for custom rings in the same spirit of the one selected for this character. Hunger Games is certainly a big hit, which implies so many real fans of this spectacular story by Suzanne Collins.

Read the rest of the interview.

Since achieving this coup for him in 2013, Claudio has taken this platform we engineered as launchpad to becoming a global sensation. He’s been invited for solo and group exhibitions of his jewelry around the world, with his rings displayed in museums including the Carnegie Art Museum and the Forbes Galleries. He continues to have a backlog of customer demand for his one-of-a-kind creations.

Contact us to discuss what we can do for you. 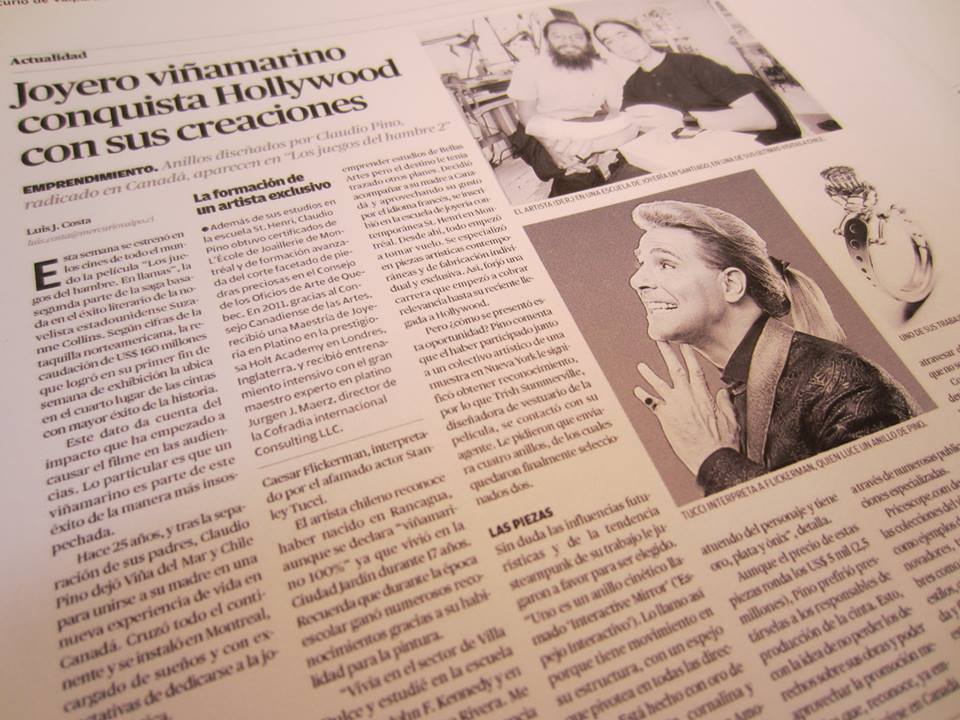 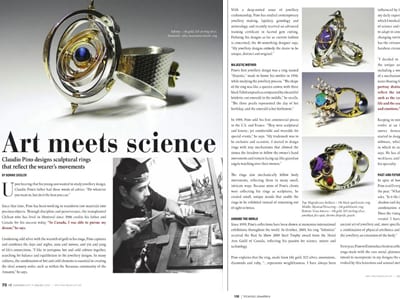 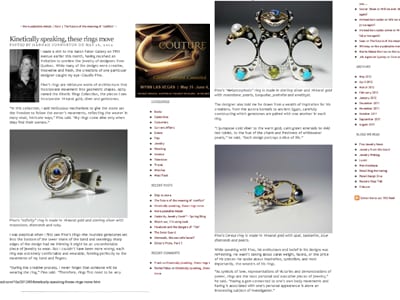 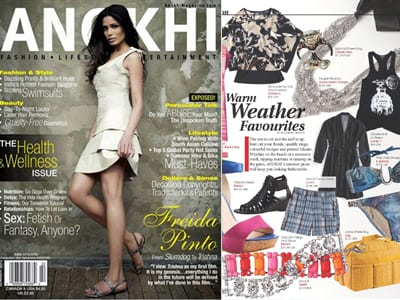 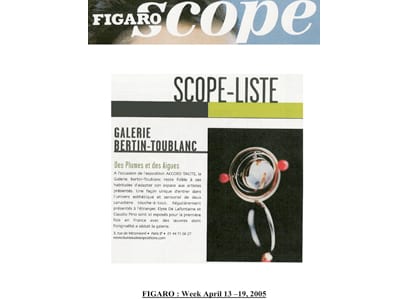 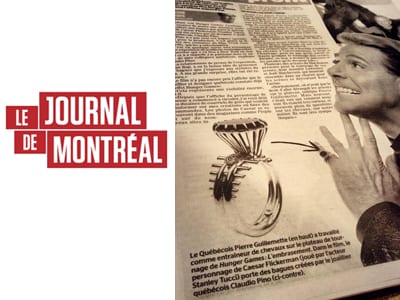 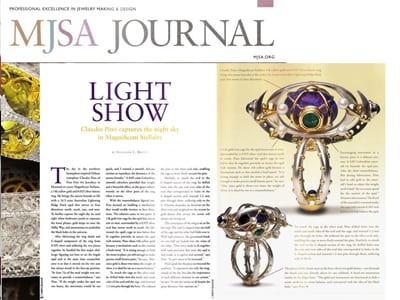 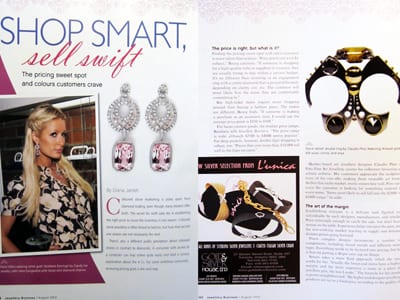 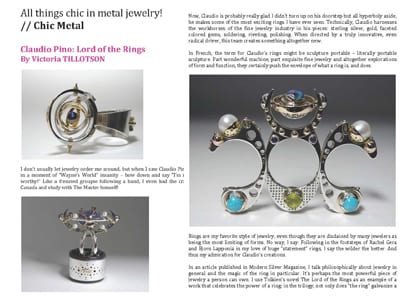 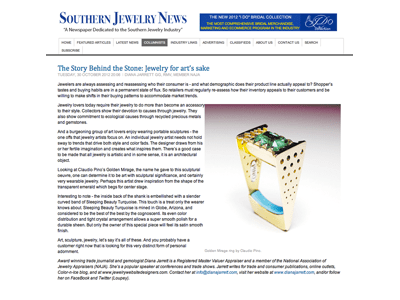 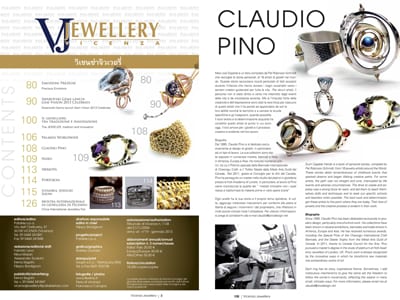 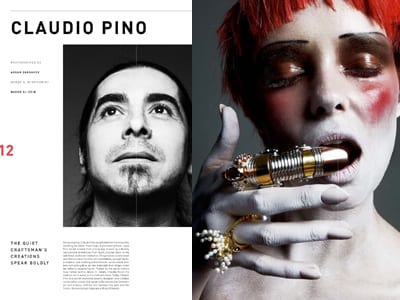 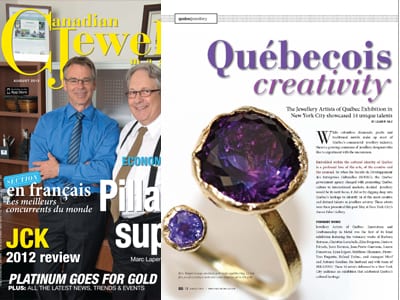 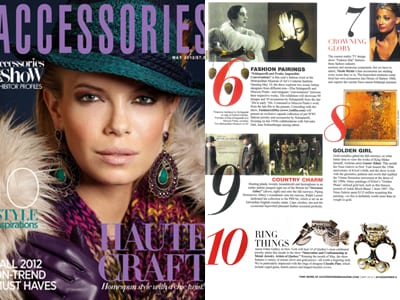 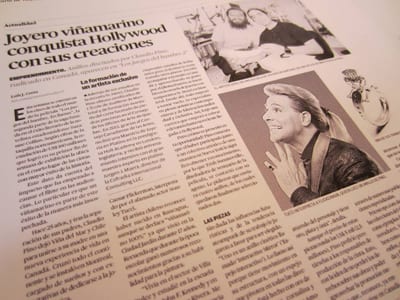 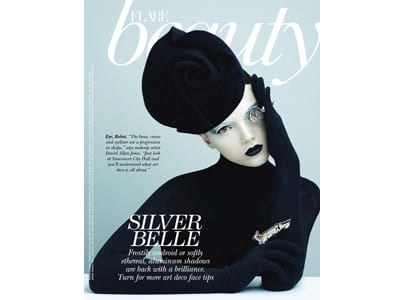