“You can’t connect the dots looking forward; you can only connect them looking backwards. So you have to trust that the dots will somehow connect in your future. You have to trust in something—your gut, destiny, life, karma, whatever. This approach has never let me down, and it has made all the difference in my life.” —Steve Jobs

Money Has Made You Lazy

I think enough time has passed for us to unemotionally discuss one of the greatest television shows ever.  If you’re a fan (or perhaps after that controversial final season, were a fan), you know I’m talking about Game of Thrones. If you’re in the minority with the willpower to have not gotten sucked into the cultural phenomena, stay with me nonetheless.

(And perhaps look into how you can bottle that willpower of yours as a remedy for addicts of every kind, including perpetual procrastinators like myself.)

When you’ve spent your entire life single-mindedly pursuing one goal, what happens when you finally achieve it?

For the Dragon Queen of Games of Thrones, she decides to pursue an even greater goal, refusing to take even a second to look at what she’d finally achieved. 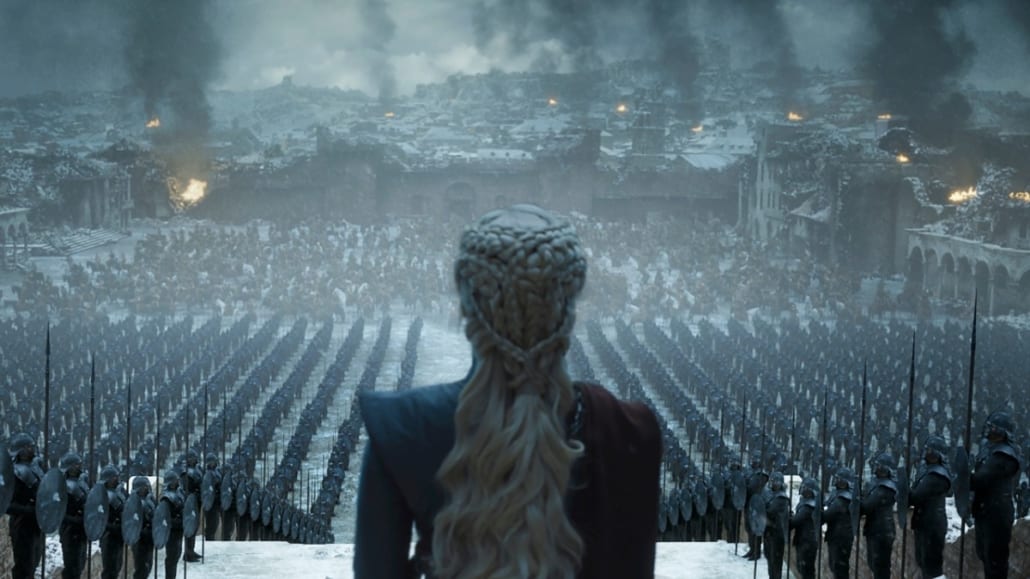 For those who saw the final two episodes, we can debate the merits of how she achieved this goal, but that’s a different discussion.  Here, my question for business owners and marketing executives is,

How often do you take a moment to look at the journey of how you got to where you are?

I have one or more journals for every year of my life since I was thirteen. I sometimes find myself reviewing old journals only to discover answers to a current problem. I’m a fond believer that we each have answers to all of our own problems, but sometimes we must look to the past to find them instead of focusing on the present.

When I consult with business owners, I always make them tell me their origin story. I do this with reason.  Obviously, so I can better understand their company.  But also because, often in their retelling, they realize answers to their current problems in moving forward can be found in examining their journey.

We get so caught up in achieving a dream that we forget why we pursued it in the first place.

For the Dragon Queen, she forgot her goal was not just about securing the Iron Throne, but also freeing the working class from tyrants. And when she forgot, she herself became a tyrant.

If you’re one of those people who built your company from old fashioned sweat, blood and OMG so many tears, reflect back on the sacrifices you made that got you here.  Would you make those same sacrifices again right now?  Of course not.

Money has made you lazy.

Money and success take the scrap out of a formerly scrappy you. When you couldn’t afford to throw money at the problem, you became creative with your solutions. You took chances that you would never take now out of fear of the outcome.  But here’s the thing – the outcome would probably be the same now as it was back then, but now you won’t even try.

You’re probably thinking, “Aren’t you supposed to be inspiring my marketing strategy, Lilian? Or at the very least, raging against D&D for destroying a perfectly great show?”

And to you I’d say, what marketing strategies have been brought to your attention, possibly by a younger staff member, that you immediately dismissed because you feared the risk or the commitment it would take for you to execute?  And what would the younger you say about your dismissing the idea?

If you’re currently facing a roadblock in your efforts or don’t quite know what to do now that you’ve achieved your goal, go back to the path that led you here.

In your reflection, I guarantee you’ll find your solution.

Email me  to share your feedback or if you just want to express your grievances about Game of Thrones Season 8.

See you in two weeks!

Get The L Report Directly in Your Inbox
Scroll to top